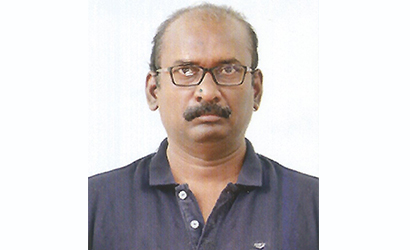 Arthur A. Wilson (born 16 March 1968) is an Indian cinematographer. He has predominantly worked in south Indian films of languages such as Tamil and Telugu. He is best known for his successful movies Anbe Sivam, Naan Kadavul, and Imsai Arasan 23rd Pulikecei, and repeated collaborations with directors like Kamal Hassan, Bala, K.S. Ravikumar and Tollywood’s Boyapati Srinu on their films. The two time winner of Tamil Nadu State Award for Best Cinematographer is well known for his poetic and painting-like cinematography.

His recent film Iravin nizhal is  one shot feature film which has changes in different timings of a day/night with two songs.