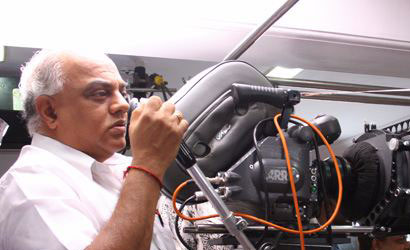 B. Kannan is an Indian cinematographer who has worked in Tamil and Malayalam films. He is the son of film-maker A. Bhimsingh and the younger brother of editor B. Lenin. Well known for his association with Bharathiraja,he won the Shantaram Award for Best Cinematography for his work in Kadal Pookkal in 2001. He is also a recipient of the Tamil Nadu State Film Award for Best Cinematographer twice for Alaigal Oivathillai (1981) and Kangalal Kaidhu Sei (2004).