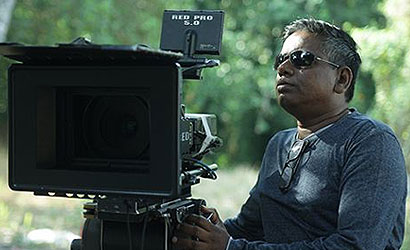 N. K. Ekhambaram was born and brought up in Thiruthuraipoondi in Thiruvarur distinct. he has jointly worked with Joseph Vijay and Priyanka Chopra Tamilan, Sura and Kavalan films. He has teamed up twice with Director S.P.Jananathan national award winning film Iyarkai and E and. He joined with director Priyadarshan on the Hindi films actor akshay kumar and katrina kaif De Dana Dan, and dileep Vettom Malayalam movie. He joined with director Susi Ganeshan with Actor Vikram for Kanthaswamy, and Actor Neil Nitin Mukesh for Shortcut Romeo, a Hindi film. He has teamed up twice with actor Sanjay Dutt Hindi film Zila Ghaziabad and Policegiri directed by K.S.Ravikumar He has again teamed up with Director S.P.Jananathan PURAMPOKKU.He is one of the finest cinematographer in film industry.