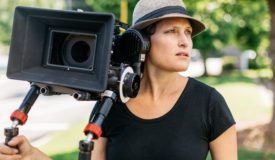 Rachel Morrison becoming the very first woman  to be nominated for the award for Best Cinematography for her work on Mudbound.

Oscar award ceremony and winners will be announced live on March 4th 2018.