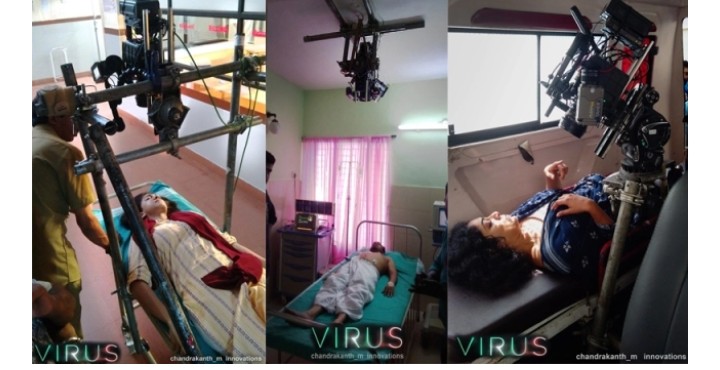 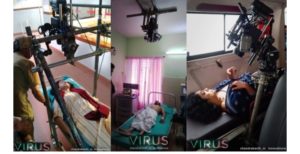 Cinematographer Rajeev Ravi’s Latest Malayalam feature film VIRUS is most appreciated for his Cinematography,   through his lighting and different shots from different camera angles  helped to convey the intensity of nipah virus and fear in people’s mind.

The most interesting shots were the stretcher shots and ceiling shots. All the rigs for the shots were made by an engineer named Chandrakanth Madhavan. He is the technician who designs rigs for different shots for different cinematographers.

All the ceiling camera mounts and other rigs used in the movie are made with heavy duty motorized sliders.  Chandrakanth adds “Rajeev ravi will tell where the camera is to be placed according to that customization’s are made and the camera is fitted, the most challenging  was to make rig for the ambulance stretcher”.

First the rig maker worked in the movie steve lopez with rajeev ravi and then in kammatipadam. ..then continued to work as Assistant cinematographer to Cinematographer Rajiv Ravi  from Thondimuthalum driksakshyum a Malayalam feature.

Chandrakanth madhavan first made mini jibs during his college time and then started making rigs for short films. His first film work was in Ee adutha kaalathu where he set a rig in a giant wheel. 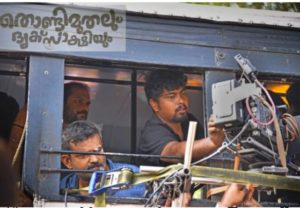 According to this Grip specialist  he says ..Some equipments need more time so he will design all that in his workshop in home. The auto rig used in the movie autorsha took 1 month time to be made. It was a 360 degree rig.

Then he worked with Ram Gopal Varma’s Veerappan where he made 360 degree body rig, it was also used in ramcharan’s movie rangasthalam. Then he made a 360 degree rig in a helmet for the Tamil movie Sigaram thodu. and it was praised a lot.

Now he is working for Rajeev Ravi’s movie Thuramugam. ..and also he is planning to do cinematography for a movie this year.

Original source OF ABOVE ARTICLE generated  from : https://www.thecue.in/film-news/2019/06/09/virus-film-special-rig-designer-chandrakanth-madhavan-talks