The Indian film industry is one of the largest film industries in the world. It has existed for more than 100 years and has made tremendous records along the way. Nearly  14 records that have been registered by the ‘Guinness World Records’ honoring our films and film personalities. 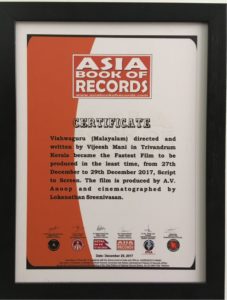 SICA is proud of this achievement. 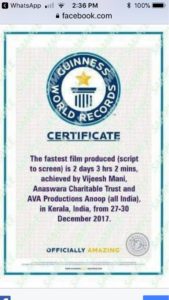 Other interesting records made by Indian films and personalities are

Having composed an incredible 3,524 different songs as of 15 December, 2015, Sameer has been officially recognized by Guinness World Records as the most prolific Bollywood lyricist ever.

* Asha Bhosle – Most recorded artist in music history, Asha Bhosle has recorded up to 11000 solo, duets and chorus backed songs and several others in over 20 Indian languages since 1947

* Kapoors – Largest screen family of Bollywood, Twenty-four members of the Kapoor extended family have acted in films since Prithviraj Kapoor first took to the screen in 1929.

* Yaadein (1964 film) – Fewest actors in a narrative film…Yaadein was directed and produced by Sunil Dutt and also starred him. The only other actor in the film is Nargis Dutt, that too in a silhouette in the final scene.

*Ashok Kumar – Longest Bollywood career in leading roles….Since making his debut in Jeevan Naiya in 1936, Ashok Kumar, affectionately known as ‘Dadamoni’, acted continuously for 63 years in films. He also appeared on a few TV shows in the 1980s

*Lalita Pawar – Bollywood actress with the longest film career….Lalita Pawar acted continuously for 70 years. She made her debut at the age of 12 and appeared in more than 700 films.

*Love and God (Kais Aur Laila) – Longest production of a Bollywood film….Love and God (Kais aur Laila) which released in 1986 took more than 20 years to complete due to various reasons. First, lead actor Guru Dutt died in 1964 followed by the director K. Asif in 1971. So the film could only be completed and released in 1986 with Sanjeev Kumar taking over as the lead.

Here i listed the records which i had some knowledge on it.