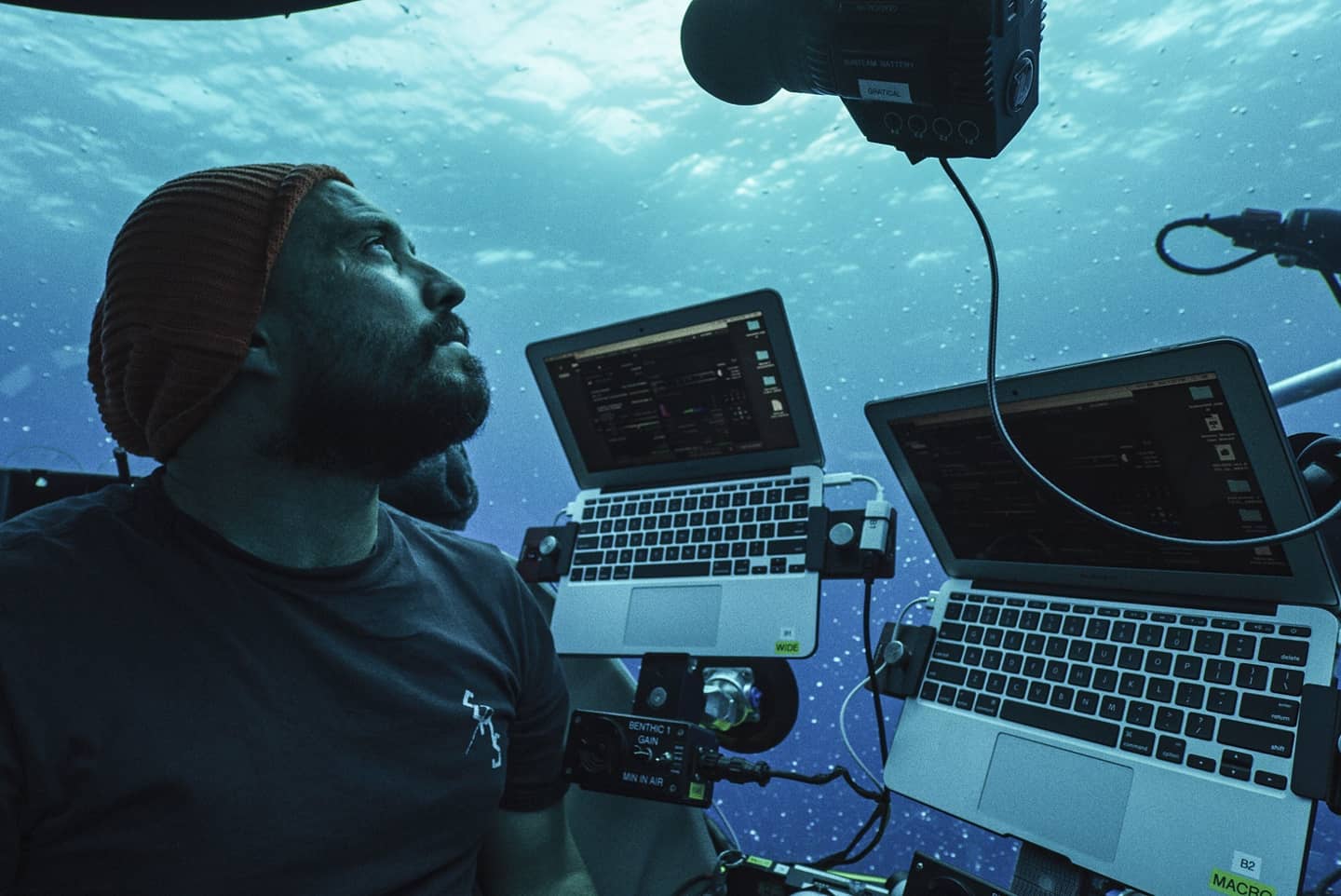 Into the Deep under Water!

On assignment for National Geographic underwater DoP Luis Lamar descends thousands of feet in the submarine Nadir to the largely unseen Northeast Canyons and Seamounts located off the coast of Massachusetts. The NE Canyons are the first and only Marine National Monument in the Atlantic Ocean.

What’s special about Northeast Canyons and Seamounts National Monument is rare centuries-old cold-water corals are the foundation of this deep-sea ecosystem, Specimens of deep-water black corals have been dated to more than 4,000 years old, making them the oldest known marine organism. Cold-water coral communities provide food, spawning habitat, and shelter for masses of fish and invertebrate species. Unlike tropical corals, cold-water corals do not rely on symbiotic algae to survive; their polyps feed on food particles from the surrounding water.

Outfitted in underwater housings are two RED DSMC2 HELIUM cameras, which Luis controls from inside the submersible. Inside Nadir, Luis uses a RED DSMC2 GEMINI to document the action in the sphere.

Part of a two-week dive with a team of researchers from @whoi.ocean, @oceanx and @NASA, Luis captures motion and still images of fragile and pristine deep marine ecosystems with rich biodiversity, including deep-sea corals and other organisms that could lead to scientific and medical breakthroughs.

Here some video footage of exploration of Lius Lamar