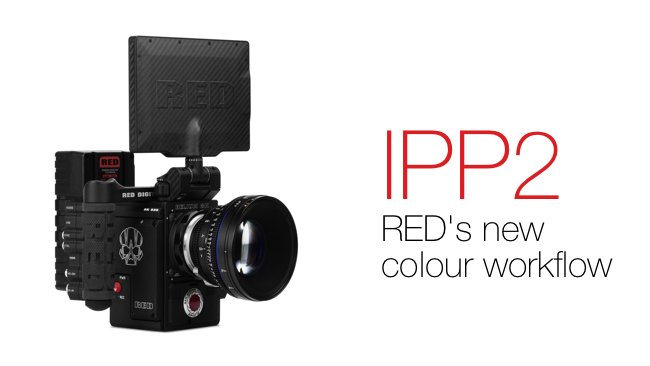 The image processing pipeline is the set of algorithms, including demosaicking, noise reduction, color management and display nonlinear transforms (gamma curves), that convert the sensor data into a rendered image. Image pipeline may be implemented as computer software, in a digital signal processor, In addition, analog circuits can be used to do many of the same functions.

Red cinema camera manufacturers has developed a new image processing workflow for their cameras and will spread across all cameras, their new HDR displays, software and firmware.
The Image Processing Pipeline 2, for their new Helium-based cameras! The IPP2 includes the new color science for Helium cameras and work in-camera for Helium models, customers who had purchased earlier red models will benefit from IPP2 in postproduction with their existing R3D files and a REDCINE-X Pro free software upgrade.

Customers who own a Red camera body with Helium sensor (Weapon 8K S35 and Red Epic-W 8K S35) will be able to monitor and control the new color pipeline in-camera by installing a free firmware upgrade.

RED’s IPP2 workflow features on set HDR monitoring controls with which to push the image according to the current state of the art when it comes to standards for high dynamic range. It provides better color management, smoother handling of RED’s dynamic range to get even greater detail in the shadows, more accurate skin tones and a better de-mosaicing algorithm with which to enhance RED’s 6K and 8K resolution platforms.

RED has also created a new color gamut called REDWideGamutRGB, which can identify virtually every color that the RED camera records, so that the post-production workflow can adjust it to be as accurately depicted in the image as possible.

There’s also LOG3G10, which encodes the tonal range of the RED cameras to make the color tone more accurate. Log3G10 maps 18% of mid gray tones to one third of the code value or 10 stops above mid gray. REDLogFilm and Cineon specifications will also squeeze out every stop of dynamic range the camera can record and utilize it to make as great an HDR image as possible.

Above said benefits of the pipeline can be experienced while shooting stage itself. In-camera benefits include monitoring in SDR and HDR simultaneously advantage is that dop’s can feel for the lighting and environment on-set or on-location. This new image pipeline’s most important benefit is when filming with highly saturated colors. 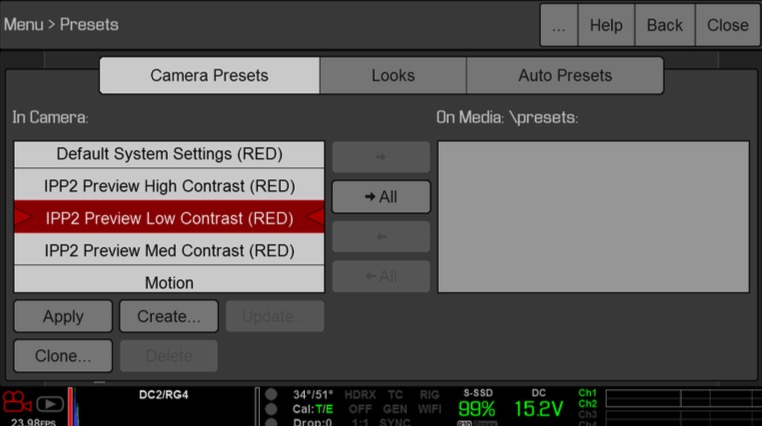 IPP2 enables RED shooters to do basic grading in-camera, feed out to HDR displays and have the grading decisions they’ve made carry through to post.
CJ Rajkumar
Author/Cinematographer