RED the brand redefined the resolution of cinematography to new heights has come up with another major announcement a new technology of creating 8k video capture with three dimensional way added to this a 4 view.

Lucid the maker of the first VR180 3D camera, LucidCam, announces today it is working with Hollywood camera maker RED to build the next generation prosumer 3D/4-View (4V) , this collaboration will result in the first camera to convert full 8K 3D/4-View (4V) holographic images and videos in real time and the capability to dynamically adjust lens distances for the best 3D focus and zoom.

Another added one will be as Red hydrogen one a modular mobile to hit market will serve as a display platform to this new camera to view 3D holographic content without the help of glasses.

Design aspect it is said that RED and Lucid’s camera will use two cameras (Sync by hardware) and a beam splitter to capture and convert the output to 8K 4V (.h4v) files. Once the content is created, all the high resolution 3D/4V videos and images can be distributed on YouTube and Facebook.

When viewing  a 3D stereoscopic video, it looks 3D (binocular parallax) but when you move side to side or up / down the perspective doesn’t change correctly, and your brain recognizes it as not being ‘real’. With RED’s 4-view holographic (h4v) format, the object will appear 3D without the need to wear glasses (binocular parallax), and at the same time, the perspective changes correctly as you move around the image (head motion parallax), making it seem like it is floating over or under the smartphone or tablet display surface. 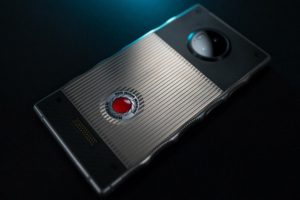 “Hydrogen One is the foundation of a future multi-dimensional media system,” “The Hydrogen System incorporates a new high-speed data bus to enable a comprehensive and ever-expanding modular component system, which will include future attachments for shooting higher quality motion and still images as well as Hydrogen format holographic images.”

Red promised that the phone’s display will be superior to more commonly available lenticular screens, and that it will offer four views of content rather than two (stereo) views.

The price and shipping will be announced later. 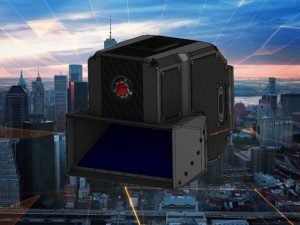