The Moon is  the fifth largest natural satellite in the  solar system and Moonlight consists of mostly a low key light reflected. 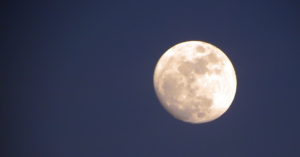 Moon provides  only 1/400,000th the brightness of the Sun, the moon light is always very low light for photographic exposure, CHINA is set to launch its own “artificial moon” into the skies by 2020, The move is part of a plan to replace street lamps and lower electricity costs in urban areas.

launching an artificial moon into space that will provide additional light,which would generate a illumination that could light an area that covers a diameter ranging from 10-80 km and second moon would shine 8 times brighter than the real moon.

Chengdu, a city in southwestern Sichuan province, is developing “illumination satellites” ,Wu Chunfeng, the chairman of Chengdu says that is to replace street lights and save an estimated 1.2bn yuan.