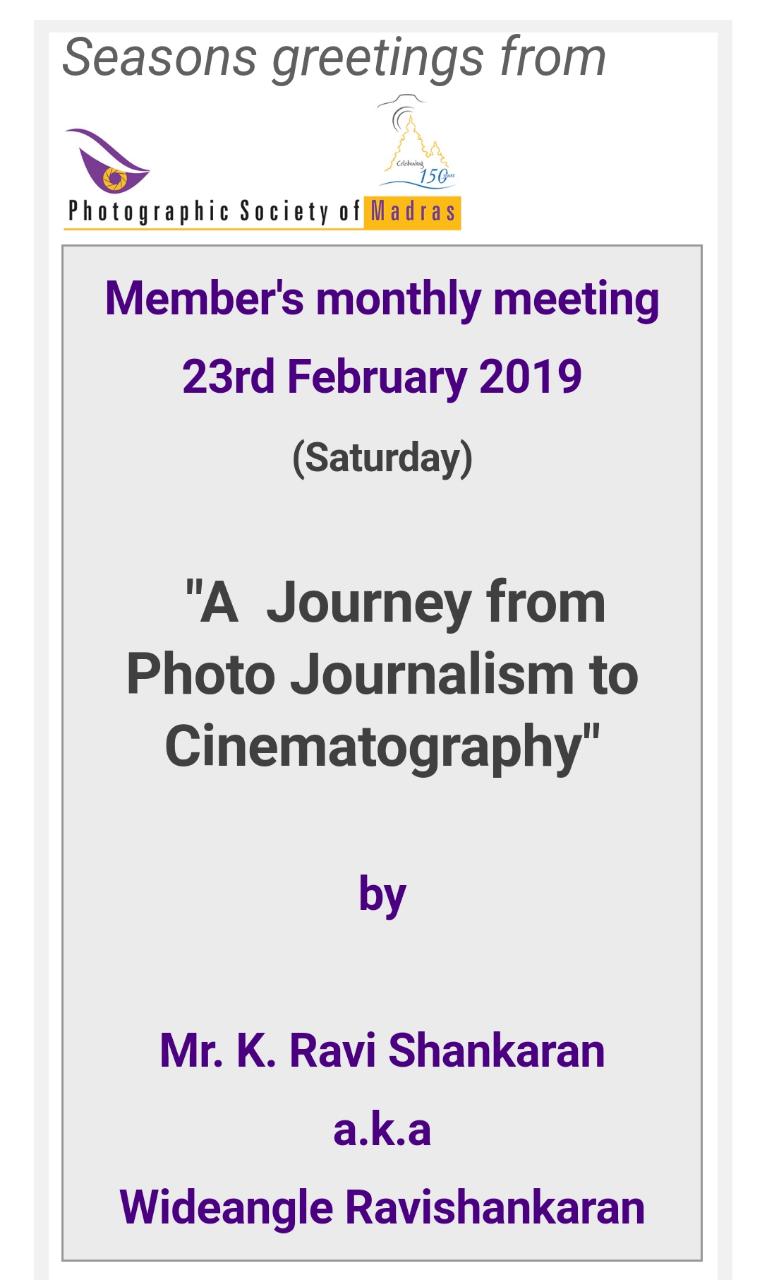 K. Ravi Shankaran Known as WIDE ANGLE RAVISHANKARAN in the industry is a Graduate, started his career as Photo-Journalist and switched over to cinematography in 2001. 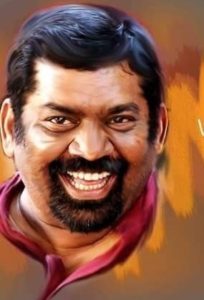 He worked as staff photographer for leading publications INDIAN EXPRESS and INDIA TODAY before branching off as an independent photographer that lead to his contributions for business publications like BUSINESS TODAY, INTELLIGENT INVESTOR, BUSINESS WORLD, BUSINESS INDIA, A&M, GLOBAL, BUSINESS STANDARD & ECONOMIC TIMES.

Following this, as an independent photo journalist, he contributed to a host of national and international publications including TIME, WASHINGTON POST, NEW YORK TIMES, OUTLOOK & INDIA TODAY. Mr Ravi Shankaran has written a series of his best photography collections in KUNGUMAM magazine for 25 weeks. He has conducted independent photography exhibitions on SOUTH INDIAN WRITERS at Thiruvannamalai in 1997, on WOMEN at Police Training College in 1998, on MUSICIANS & DANCERS at Max Muller Bhavan in 1999 and at Coffee Art Gallery in 2000 and on LIGHT OF MUSIC at Vinyasa Art Gallery in 2000.

On Cinematography front, Mr Ravi Shankar started his carrier as an Asst Camera man for the films Thiru, Lesa Lesa, Jeeva, Run and Ullam Ketkume. He has worked for more than 100 Advt films with PC Sreeram. After working as Associate Cameraman for few years, he quickly moved up the ladder to become an independent Cinematographer and started assisting P.C .Sreeram. Following this, he did many feature films, Thirutupayale, Kadhalagi and Pisasu. He had recently completed his feature film SIVARANJANIYUM INNUM SILA PENGALUM directed by Vasanth. 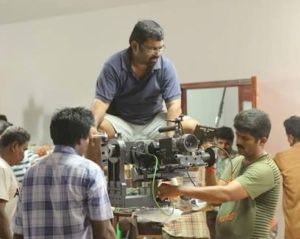 Currently he is  elected as Executive Committee member for SICA..also doing lot of photography and Cinematigraphy workshops.

PSM is happy to announce the program for February 2019 — “A Journey from Photo Journalism to Cinematography – By Mr. K Ravishankaran”

In addition,  Asokan Awards 2019 will be presented – results and prize distribution at the start of the monthly meeting. Mr. Asokan’s family members will be present to give away the awards to winning participants. 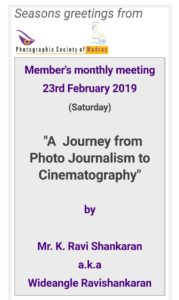