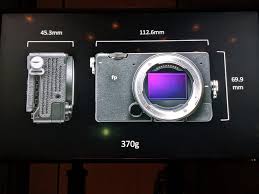 The Sigma Corporation is a Japanese company that manufactures and markets lenses, cameras, flashes and many other camera accessories. Sigma was founded 1961 in Japan by Michihiro Yamaki who was the company’s CEO until his death in 2012.

Sigma produces a number of high quality lenses that are priced at a significantly lower rate than most of its competitors. All Sigma lenses go through vigorous quality control screening and are only released in to the market after passing all of the relevant tests, its Recent Cine lenses are of topnotch quality with minimum lens breathing, good resolution suitable for  Full Frame Cameras.

Now fancy of getting into fullframe sensor into Cinema Cameras is most happening ones…because of larger sensor enables for low light filming, wider lens coverage and Bokeh factor.

SIGMA has gone ahead now with a bomb shell announcement of  Compact Cinema Camera with a full frame sensor and a Mirrorless feature. 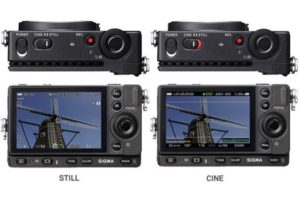 The Sigma FP uses the L Mount for attaching lenses, which means that you can expect a range of lenses from leica, Panasonic and Sigma . You can also mount the vastly broader range of Canon EF-mount lenses using a Sigma lens adapter.

The Sigma FP, while small, is designed to be accessorized for different needs, including serious videography. For still photos, its raw format is Adobe’s DNG (Digital Negative), and for video, it can shoot H.264/AVC format or, for more flexibility, Cinema DNG, as long as you attach an external recorder with the camera’s USB-C port.

Spec-wise, the camera can shoot 14-bit DNG RAW files at up to 18 frames per second for up to 12 frames. It features an ISO range of 100-25600, and a 49-point contrast detect focus system with support for Face and Eye-Detect, as well as subject tracking. Other stills-focused features include a built-in Auto HDR function that will capture and combine three exposures.

This camera will be available within this year end, price factor yet to be announced.