Golden Globe Awards are one of the most prestigious annual event held in recognition of outstanding achievement in motion pictures and television.

In 1943 a group of Los Angeles based overseas journalists  formed the “Hollywood Foreign Correspondents Association” with a motto “Unity Without Discrimination of Religion or Race.” Although it had a humble beginning, it soon expanded with its growing membership and picked the Hollywood Roosevelt Hotel as its rendezvous point. The group, who were respected members of the world press felt obliged to give their feedback on distinguished achievements among Hollywood’s productions.

The Golden Globe Awards is constituted by 93 members of Foreign Press Association.

The Golden Globes recognized achievements in cinematography awards was presented from  1948 to 1963 and 1951 on wards separate cinematography Globes were awarded to black and white and color pictures. The Longest Day, High Noon and On The Waterfront received for B/w , while Quo Vadis, Lawrence of Arabia and Brigadoon were among the winner in the color category. After 1963 Cinematography Awards was discontinued.
Golden Globes are given in several categories. The film awards include those for best film, best actor, and best actress, each separated into “drama” and “comedy or musical” divisions. Supporting acting performances, direction, screenwriting,music, animated films, and foreign-language films are also honoured. The television awards include those for drama  series, comedy or musical series, miniseries or movies, as well.

“Spider-Man: Into the Spider-Verse” 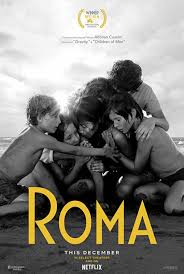 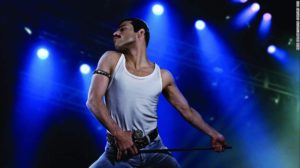